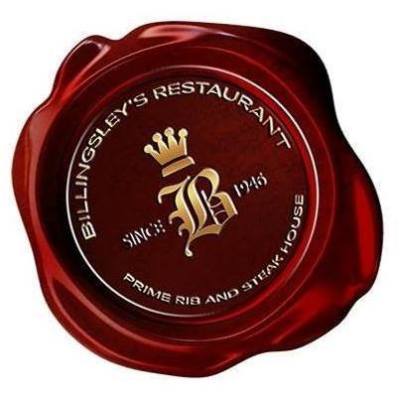 Located in West Los Angeles, Billingsley's is a purveyor of fine American Prime Rib & Steak House dining for Over 65 Years.

Glenn Jr and Drew Billingsley worked at their Fathers restaurant most of their teenage years as Busboys, Pantry help , and Cooks. As time went on they managed restaurants for their father.

In 1969 Glenn Jr. and Drew opened their first location in Van Nuys, Billingsley's Restaurant, and in 1974 Bought the West Los Angles location from Glenn Sr., who was mostly retired by then. Glenn and Drew have operated these locations with good value, quality, and service at the top of the list.

Glenn has been married to his wife, Karen, since 1976. They have a son Logan and two daughters, Morgan and Taylor. Drew also has a son Drew Jr.

In all my time serving as a Quizmaster for King Trivia, this evening has to go down as one of my favorites. The play this evening showed just how crucial effective double or nothing strategy can be. In the entire game, the Vegetarians missed one question, while Mr. T's Curlers missed three questions. But Mr. T's Curlers doubled four times, while the Vegetarians only doubled three. So in the end, even though Mr. T's Curlers missed more questions, they came out on top by four points. But that is not all, after Round 5, the Bar Cats looked to be completely out of the hunt, nearly 30 points behind the then-current third place team. But they successfully doubled in Rounds 6 and 7, grabbing forty points and taking third place by five. That's what makes King Trivia such fun. Anything can happen and it usually does.