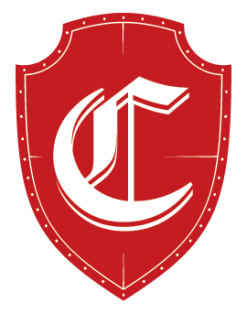 The Canterbury Ale House is your neighborhood pub featuring 30 beers on tap, tons of free games to play, large TVs and sports, nightly events, and more.  We are always a kid and pet friendly place so bring your entire family down for a pint!

Spooky happenings at the Canterbury Ale House, where every Wednesday night it's King Trivia night!!! The night welcomed in eighteen teams with a collective of 80+ players!!

Battling it out in the pursuit of all things trivial, were:

Going in strong and hot, four teams went Double or Nothing in Round One! Of the four teams, two successfully doubled their points: the team both "posh" and "scary", the Pumpkin Spice Girls, and the team living up to its' namesake, We Demand to be Taken Seriously!

But perhaps not taking themselves seriously, We Demand to be Taken Seriously, was booted from the leaderboard in Round Three....

For the three rounds, the Pumpkin Spice Girls and team Its giving CHER did not release their hold of the leaderboard!! However, all shows must come to an end, and by Round Five it was "curtains" for these divas!

Round Five saw five teams successfully go Double or Nothing, each respectively racking in twenty points for the round!!!

Of the five successful teams, Second to Last Place ironically slid into first place. But the real gamechanger and true upset of the evening came in Round Six....

Defying all odds and earning a collective *gasp* from the bar, the ONE-MAN-TEAM Lunchbox Full of Bees buzzed his way onto the leaderboard by once again doubling his points and bringing twenty points back the hive....

But in the end, there could only be three....

1st place: with a total of 67-points, the team that truly is "queen bee", Lunchbox Full of Bees!

2nd place: the team that utterly FAILED to live up to their namesake (but perhaps this team name ruse was a strategy all along?!), with a total of 60-points, Second to Last Place!!

And my personal favorite, the team actually arriving in second-to-last-place with a grand total of 22-points, and earning themselves the ever-so-coveted "Pity Pitcher" (a delectable pitcher of Rainier), team HACK!!

**ADORABLE CONTEXT ALERT: three years ago, the lovely couple making up team HACK had their third date ever at the Canterbury Ale House on trivia night wherein they won second-to-last-place. Serendipitously and serving up poetic symbolism akin to the Notebook, team HACK celebrated their three-year anniversary with us tonight, and once again landed in second-to-last place. **

As always, a huge shoutout to the Canterbury Ale House for the hosting and much love to their all-star staff: Boris, Danny, David, Laticia, and Scott.

PS. I'll leave you with this (since it's Halloween season and in the end, the pursuit of all things trivial really is a game of shits and giggles....)

Q: "Why did the ghost cross the road?"
A: "To get to the other side" (said with scary, spooky ghost voice and arm motions).