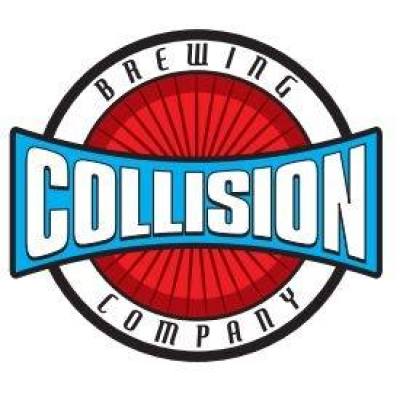 Our Chef and Staff

Our chef has many years of experience in every aspect of food service and looks to provide something for everyone. Our staff is upbeat and enthusiastic to be here to help you have a great experience.

We are now taking reservations for our party room.

Here at Collision our staff is committed to providing a friendly and fun experience. We love to use local ingredients in our food and beer as much as possible. Our main goal is to provide a place everyone can relax, sit back, and enjoy life when you come and visit us.

Tonight was a first, at least for me: every table was occupied, we had 30 players in the room (not counting the baby)! One couple said they were there to play, but left just before we started; another couple showed up in the middle of Round 3, took their table, joined in mid-game and gave a good accounting of themselves.

The teams were all fairly bunched through the first 2 rounds. In Round 3, perennial contenders Gold vs. Gold missed on a double to score 0 points, then took a -1 in the Guess Who round to seemingly drop out of contention. After 3 rounds #momjeans and Karonnie led with 19 points, 3 clear of Brown Chicken, Brown Cow; after 4 rounds the 2 were still tied but Brown Chicken had narrowed the gap to a single point while newcomers Satanic Surfers moved into 4th place, 4 points behind the leaders.

Round 5 was when the game hit its stride. Butterbeer Beaches scored 9 out of 10 while first-timers Rooster and Late Comers (who joined in Round 3) scored 8 & 7 respectively to boost their positions, while no fewer than 4 teams converted successful double-or-nothing bids to score 20 points: Gold vs. Gold, Karonnie, Satanic Surfers and Brown Chicken, Brown Cow. At that point the standings read:

Gold vs. Gold and #momjeans 32

It was a fun, competitive night and I look forward to seeing many of you back next week!

REMINDER: Collision is closed on July 4th, we will resume on 7/11.