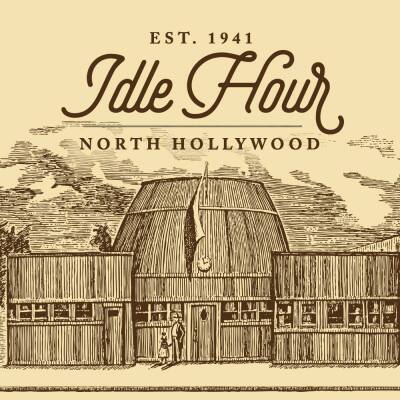 Tuesday was a scorcher, with temperatures holding at 90 even as guests poured into our barrel-shaped haven of Idle Hour. What could possibly inspire these leagues of travelers to brave the fiery eve? That’s right, only the best quiz show in NoHo: King Trivia! 35 teams joined the fray for our biggest night yet.

After one round, we had a three-way tie for the top spot: Tequila Mockingbird, Algorithm and Blues, and Agents of the Zeitgeist.

Their lead didn’t last long, as a clutch double put Quiz in Your Face ahead in round two! Zeitgeist and My Momma (not actually the QMs mother) took the second and third spots, much to the chagrin of our overheated troops.

Rounds three and four saw little Zeitgeist fully take second, with Tequila Mockingbird flying back to third. With so much heat on this game, players were desperate for a drinking round.

As it was National Daiquiri Day, we asked our quizzers quoins about the world famous rum drink. After three separate runoffs, we finally awarded the free shots to Crucial Taunt!

Round 5 was a real challenge, with tricky wording and a money-maker of a connection. Fortune smiled on a few teams with choice doubles. Agents of the Zeitgeist and Tequila Tots jumped into a tie for first with 50 points!

With the scores remaining roughly the same after the sixth round, it was all coming down to our final question to settle who would be the winner…although, if pressed, this QM smelled a tie on the horizon.

After a quick tie-break, we had our three winners to crown: Agents of the Zeitgeist, Tequila Mockingbird, and Quiz in Your Face!

Come on down to Idle Hour every Tuesday for more trivia action.