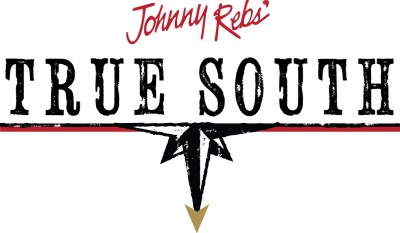 Larry and Cheryl Carter began Johnny Rebs’ in 1984. They were homesick for the South—the barbecue, smoked long and slow over hardwood coals, the catfish and hushpuppies, fried okra, peach cobbler and pecan pie, and, most of all, the true hospitality of Southern folks.

With plans to open their own Southern barbecue restaurant, Cheryl set off on a barbecue pilgrimage, starting in North Carolina where she was introduced to John Ingle, one of Larry’s high school buddies and a North Carolina restaurateur. She then set off around the countryside learning what she could from some of the best teachers in the South—stoking fires at 3:00am in joints such as Snook’s in Advance, N.C.; and later, hand rolling 1,500 buttermilk biscuits on one Saturday morning in Stone Mountain, Georgia. While she learned the ins and outs of the traditional techniques, John researched recipes for barbecue sauce, Brunswick stew, slaw, key lime pie, and countless other Johnny Rebs’ menu items. Their mission was clear—they wanted to be authentically Southern.

Back in Southern California, Larry found a 1920’s boarded-up beer bar that had never been a restaurant and decided this was just the place to start their Johnny Rebs’ dream. Cheryl oversaw the entire building process—tearing it down to a skeleton and building it back up again, meanwhile cleaning out gambling paraphernalia from the basement and removing Hell’s Angels’ bullets from the walls. She added new electrical, plumbing, and kitchen, and down home seating for 80 guests. And finally, it was finished.

Johnny Rebs’ is a genuinely rural Southern Roadhouse BBQ joint. The history is real. The people are real. The heritage is real. And the food is most certainly real. The warm, friendly staff, knotted pine interior and aroma of authentic down home cooking echo the hospitality that has made Johnny Rebs’ an institution and inspires our work daily.