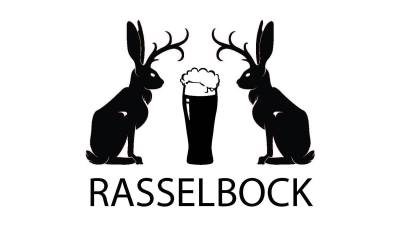 A new year and a new start for Rasselbock's King Trivia. 2020 opened with a bang as seven teams returned to the German-themed arena for great food, great beer, and even greater quizzing!

The game opened with a massive double from Here for the Host, positioning them for a strong lead in the opening act. Not to be outdone, Heroes of Canton delivered round after round of near-perfect answers. Koalabock, a returning team from the 2019 season, struggled to find their footing through the Theme Round, but kept their heads in the game.

By the time the appetizers arrived, the match was in full swing. Trash talk flew across the restaurant, bolstered by the appearance of an auditioning QM-in-Training Shawn. Leche del Padre earned the potato pancakes (a Rasselbock staple) with quick fingers and a demented sense of humor.

As we narrowed the field in the final round, Here for the Host and Heroes of Canton were neck and neck. Host held the top spot, but their lead dwindled with each passing minute. At the bottom of the leaderboard, it seemed PMers and Blondes were destined for a tie-breaker.

Then, in the final round, things got interesting. With only 9 answers to find, only one team was able to effectively double down...KOALABOCK! They leaped over their competition, securing Third Place with a bold risk.

Meanwhile, Host struggled to name more than a few Presidents, and their lead was only a single point...which Heroes capitalized on. When the dust settled, Heroes of Canton had the lead by just two point, securing the top spot.

Come on down to Rasselbock where every Tuesday is trivia night!