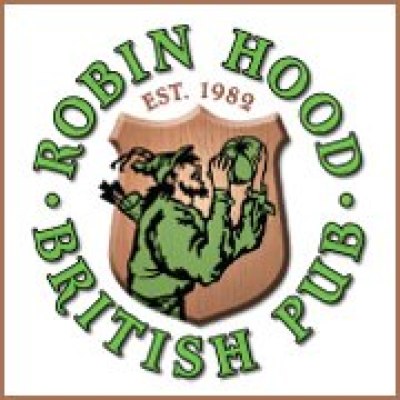 Authentically British from the “draught” beers to the darts (not machines, but real darts and dartboards), to the homemade pink-and-yellow-checkered, marzipan-wrapped Battenburg cake that accompanies afternoon tea, Robin Hood British Pub has been a Valley home-away-from-home for relocated Brits for nearly 30 years. It has also been a faithful stand-in as a mini-visit to London for local Anglophiles craving homemade chicken curry pie or true fish ‘n chips.

Londoners Michael and Lorraine Williams began Robin Hood 30 years ago when they bought a run-down beer bar in Sherman Oaks and converted it into a casual place for brews and burgers. After a few years, they added British comfort foods to the menu and began making their own tartar sauce (it’s been getting rave reviews ever since) to accompany the house favorite, fish ‘n chips. Michael, a former pub professional in England, brought in classic draft British beers. An appreciative clientele took root and has been evolving ever since; newcomers and regulars, British and American, unite at Robin Hood in their love of good British food, drink, and camaraderie.