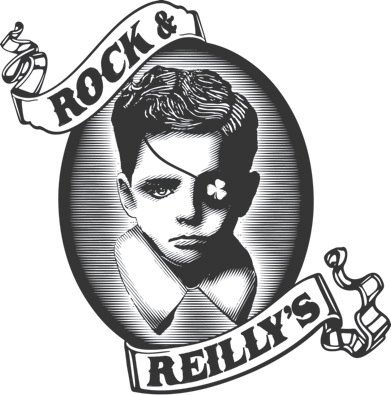 Reilly came into this world swinging. The first day of his life, he lost an eye, took a man’s life, and developed an insatiable appetite for whiskey. At the age of two, Reilly’s father lost him in a poker game. Six months later, Reilly won himself back.

When he was three years old, prohibition hit the United States and Reilly became enraged at the thought of Americans going thirsty. Hell–bent on supplying illegal spirits to the American people, he stowed away on a whiskey boat bound for the dry nation. Reilly was now in a strange land, armed with nothing but a family recipe for Irish whiskey and a smuggler’s wit. He quickly organized a gang of misfits known as the Black Eye Society and took over the routes of the nation’s milkmen. This enabled him to deliver whiskey in cleverly disguised milk bottles right to people’s front doors.

Before he was a teenager, Reilly became an underground legend. His name was whispered in back alleys and speakeasies across the nation, and songs were sung to tell of his tales. The style of these songs would later become known as Rock and Roll and the tunes can still be heard today, blaring out of the Irish rock pub that bears his name.

It's been a rainy few days here in Los Angeles, and I thought I might walk into an empty bar, but we had a packed house tonight! Shout out to everyone who fought through the rain to come out and fight for trivia dominance!

STFU we're librarians returned after a brief hiatus and unfortunately had opposite luck, with 5 unsuccessful double or nothings; but they stayed until the end and cheered the whole way through.

A lot of teams were snake bitten by a tough question about Steven Sondheim musicals, so hopefully we all go home tonight and bone up on our musicals!

Thanks again to everyone who came out on a rainy day, it was another great night for King Trivia at Rock and Reilly's!