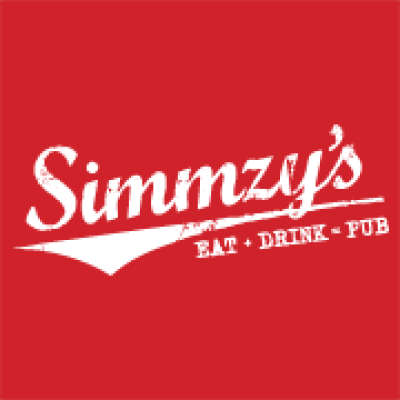 What a wonderful Sunday subbing in for Ashley at Simmzy's!

Everyone was in the holiday spirit -- especially Quiz Me Like One of Your French Girls who came out rocking the Christmas sweaters and blazers tonight and had their White Elephant exchange. OMG and I ran into Taylor who is on their team and who I last saw in 2008 because we are both from San Francisco! What can I say -- trivia really DOES bring people together!

And speaking of the good vibes, Quiz Team-a Aguilera definitely won all the karma points for helping out a bit with the sound at the start -- to get rid of an initial crackle of feedback.

Karma awarded them handsomely -- as they won the Drinking Round for their whole table!

Your QM loves some Taylor Swift tunes -- and asked what Tay's net worth is as of an Oct 2019 Forbes article and how much in real estate she owns across four states. AND your QM played Tay's newest album all night long 🙂

Quiz Team-a Aguilera had all the popstar savvy as one would expect with their name -- and guessed 320 Million and 115 Million. The answers were -- 360M and 84M.

Each team kept chasing 3 Mandalorians & a Baby all night long -- but they could not be caught after their successful double downs in Rounds 1 and 2.

Then, in Round 6, there were successful double downs for 3 teams including 3 Mandalorians & a Baby, We Back Again, and Quiz Team-a Aguilera.

"What does BMW stand for?"

Me: (Reading the Jack the Ripper question and many answers that were not Jack the Ripper that y'all handed in) Nothing says Happy Holidays like guessing the names of serial killers on a Sunday night!

Round Two guess for "Red Herring Bowtie" in place of Lance Burton and "Ed Norton the Magician" and "Con Artist Dan" for Harry Anderson as well as "Puff the Magician" for The Amazing Jonathan.

Round Four went all the way to the four point clue after only two teams turned in their guesses at the six point clue.

GREAT guesses for Round 5's Find the Connection -- you guys knew your body part theme, just not the following answers to q's:

"Patella, Hera, Hermione" for the goddess of rainbow and messenger to the gods. (Actual answer: Iris)

Me: (prefacing answers for Round 6 and telling everyone to watch the SNL cold open last night when Jimmy Fallon played Trudeau, Paul Rudd played Macron, and James Corden played British PM all at NATO being the cool kids that Alec Baldwin's Trump can't sit with...) My mom watched SNL last night and told me -- hey J.Lo was hosting and her fiance was there and he looked really mellow. So yes, A.Rod does seem super mellow and my mom is well-versed in pop culture. And we should all watch more SNL -- but oh wait so many of you guys already doubled down successfully so you must all be loyal SNL fans already!

Also me, during the "Coconuts and dates are produced by species from what family of tree?" question -- "PALM! Did you know that when the Santa Ana winds blow in LA and we have so many palm trees, the harder the winds blow the palm trees out here, the deeper their roots dig into the soil? So that should be an allegory or parallel for our lives, too -- that even when we face arduous situations and difficulties, we should let them strengthen us. Wow, that's not even trivia anymore. That's just my Sunday motivational poster saying."

Well, happy Sunday and hope you all get your week started on a fantastic note!

Or maybe brought to you by Taylor Swift, who I kept promoting all night long too and whose bday is in 5 days!

Overall, great laughs and great time had by all. Thank you to Aaron and Oscar and lovely Simmzy's staff for welcoming me tonight! I used to work across the street as an NBC Page before it turned into the Burbank Studios. Now everything's changed in Burbank -- like that giant Whole Foods that takes up what looks like an entire block. And yes, I did encourage everyone to take the party to Whole Foods right after because why not?

From your not-so-secret trivia Santa, Sanyee

*also "Rockumentary" is officially my favorite portmanteau ever now!