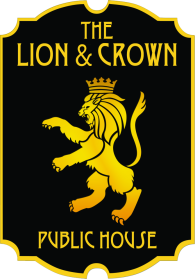 The atmosphere at the Lion & Crown in Allen was strangely low energy last night. The players seemed a little, well... lethargic. Maybe it was the soft spring winds with their soothing though temporary coolness before the expected hot, muggy summer heat sets in. Sometimes a change in the weather can put one into a state of complacency, where one just sits, sips their drink and fixates on nothing in particular. If such a thing were possible, I would almost say it was like people were "Turning to Stone"... Hey! With apologies to the Electric Light Orchestra...

The pub house seats are empty now
(Quizmaster just came in the door)
The teams are picking at their food
Turning, turning, turning
A voice comes out my microphone
(The echoes of my plight)
Of everything that is alive in my quiz world

The general questions in Round One
(Is fire that slowly stirred the brain)
Took pen in hand to get it done
Thinking, thinking, thinking
Too many teams tried to X the box
(For Double or Nothings)
Laid down to get my final score
In my quiz world

The R.O.U.S. showed up again
(Team Testa and the Hilltoppers)
Stealth Texas, Ship It!, Blood, Bath & Beyond

Thinking, thinking, through all that gin
But three teams took it to the gate
(Ninja Turtles reclaimed their throne)
Men of Troy and Pickles on a Plate
To my quiz world
Turn to stone when I am gone
You turn to stone

Quizmaster Lou suggests you YouTube the song and sing along. That's all folks! Have a great week!