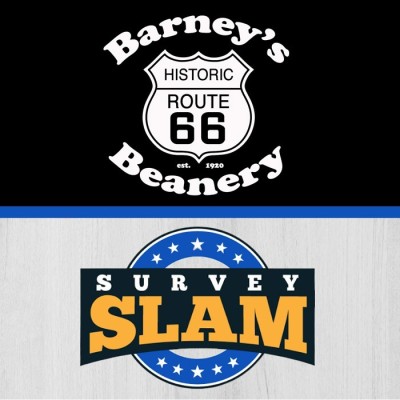 Barney’s Beanery is a full-service bar/restaurant with a history in LA going back almost 100 years.  We’ve grown over the years, from a small chili-cafe in West Hollywood to a multi-unit staple of the Los Angeles restaurant scene.  We serve breakfast, lunch and dinner from morning to midnight and offer a full bar with over 40 beers on draft.  The scene at Barney’s is casual and raucous, a rockin’ fun restaurant for groups small and large.

Barney’s is also a fantastic place to watch your favorite sporting event, play pub-style trivia with friends, or sing some karaoke late-nights.  No reservations necessary, come see us in Santa Monica, Pasadena, Burbank, Westwood Village, Redondo Beach, and of course, our original location in West Hollywood.

Barney’s Beanery opened in West Hollywood in 1920, and very quickly established itself as a fixture in Los Angeles with a history and a following that is unmatched.  The last decade has brought on new locations to serve all our great customers, while still keeping stride with the rich history and people that got us here.

What a wild night we had partying till 11PM at Barney's!

A big thank you to Michael C for being so helpful when we both got accidentally double-booked for tonight! He not only showed me the ropes AND took pictures AND got a bunch of teams to play before he left AND also let me host for the night -- and everyone cannot wait for him to return as the regular Survey Czar every Tuesday!

All photo creds go to him!

Tonight, we had Unquarantined winning it all by a margin of 1, with 46 points!

Then, Strikes + Dips came in second with 45 -- and did I mention they had a very strong showing for the Drinking Round where we named the 50 states in honor of Mini Super Tuesday!

We only had eight states left after I Coughed And Now I'm Lonely won the Drinking Round and of course we all had to applaud the Strikes + Dips rep who was from the UK yet came in runner-up for the states game!

Omg it's like the last time I ran the President's Drinking Round in Westwood and another lovely Brit totally showed his savvy knowledge of U.S. Presidents!

The states we had left were Alabama, Colorado, Michigan, Mississippi, Missouri, Montana, Ohio, and Virginia!

The real winners of the night were all of us as we, well I, made sure to Purell the mic before and after.

And what a crazy tiebreaker we had -- as I asked what percentage of survey takers said they would go on The Bachelor/Bachelorette (which was playing on screens all night with Pilot Pete and his shenanigans! Just as popular as that Lakers Game of course) and Classic Rocker!! put down "69% -- LOL" and I Coughed And Now I'm Lonely put 60%.

Well, the answer was 42% and I Coughed And Now I'm Lonely took home our third place prize. More like "Lonely No More" after that successful drinking round!

And we all learned about a new podcast called Pod Save America and that most survey takers would prefer to be unattractive and not smelly (hey -- I'd take the hot and smelly but that's just me and there's perfume) and that most survey takers also would be okay with being shown in a strip club on social media for those Hamilton tickets. What can we say -- hottest show in town or what?

Our crowd loves us some Lin-Manuel.

And during the matching round -- my sister and I were literally just talking this weekend about the movie trope where the nerd girl takes off her glasses because we were talking about giving my sister a makeover for the wedding we were attending this weekend! Guess it really is the most popular / well-known trope.

Me, on the mic: "that trope was me just earlier today -- I took off my glasses and look at me now!"

Ooh and happy happy birthday to I Coughed And Now I'm Lonely Rep too, who I just remember said she celebrated a birthday this weekend too when we went around naming fun things we did this weekend!

A huge HUGE thank you again to Hakeem, Michael, and Victor at Barney's who were super kind and welcoming -- and Michael, if you ever need a sub, you know the night owl to call 🙂

Definitely the latest game I've ever hosted for KT but also the rowdiest and most raucous!

We had a great game of Survey Slam at Barney's tonight. 8 teams were slammin' to see who would get the most popular answers based on our survey at SurveySlam.com "Cracker Barrel," "Richard Dawson's Turtleneck," and "Strikes & Dips" all scores 5 points on Round 1. "Yessirski*!" scored 7 points in Round 2. They also won the Drinking Round. "So Monday It's Tuesday" and "Vermin Supreme 4 Eva" wagered the max amount of points in Round 4 and won them when they were the only teams to answer the wager round question correctly. "Strikes & Dips" gained 14 points in Round 5! In the end, "Yessirski*!" came in THIRD and received a $25 Barney's gift card. "Richard Dawson's Turtleneck" came in SECOND and received a $50 Barney's gift card. And coming in FIRST with 50 points was "So Monday It's Tuesday." They also received a $75 Barney's gift card. Thanks to the wonderful bar and waitstaff for a great evening. Looking forward to next time.

What an amazing night at Barney's Beanery. We had another birthday in the house and another three victorious teams.