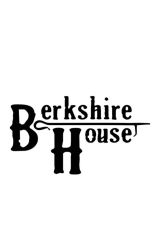 It’s the perfect place to meet up with colleagues for a $3 Happy Hour, Watch the Game, Celebrate a Special Event or take someone on a Casual Date without worrying about if you are pronouncing the menu items correctly.

Never a VIP list or a cover charge, only deliciously crafted cocktails and plenty of savory bites;  Berkshire House is your new home away from home that similar to your mother in law, has no plans on going anywhere so get used to us!!

Tonight, we dove into another great game of bar trivia at Berkshire House!

Playing in our new first floor home, we had a great face off between three formidable teams. Both Nothing Rhymes with Orange and RIP Max Von Sydow Jones started off strong, occupying first and second place for the first couple of rounds. After an early unsuccessful double left them in third place, last week's champs Those Bastards managed to spring back with a well-earned and successful double later in the game.

Finally, after leaping from Post Malone to the Wicked Witch of the East, from Ned Flanders to Einsteinium, Those Bastards clinched a second win, with RIP Max Von Sydow Jones taking second and Nothing Rhymes with Orange taking third. Great job to all the teams! Hope to see everyone next week!

If tonight's inaugural bout of bar trivia at Berkshire House was any indicator of the weeks to come, we're in for a good time!

Sprawled across Berkshire House's second floor, tonight's game got off to a fast start with several teams doubling successfully in the first several rounds. However, after a few unsuccessful doubles and some difficulties on the Guess Who round, the game got more competitive in the middle rounds.

After binging from New Kids on the Block to Florence Nightingale, from Burberry to the War of 1812, Those Bastards! eventually came out on top after a streak of successful doubles vaulted them into a dominant first place finish. PBR Virus and Vote for the Other Biden wrestled for second place for most of the evening, with PBR Virus ultimately sliding by Vote for the Other Biden to secure their second place finish.

Congratulations to all the teams! Hope to see everyone next week for some more trivia fun!