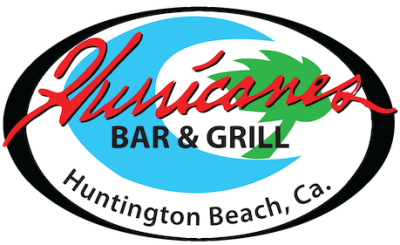 Another great super fun night of trivia at Hurricanes bar and grill in DTHB!

Started The night with three teams. And by our second round we had added another team, for 4 total.

our teams had a lot of fun coming up with their names tonight and they gave me a good chuckle. We had one other team join us at the last minute for our last couple of rounds and they had a blast getting in on the action.

We did our drinking round in between five and six, where I had one player from each team come up and guess the number that I was thinking. That game ended in a tie between two of our team Captains. So we had them guess another number and ultimately came out with a winner who wanted free round of shots.

we had a pretty close game between our top three teams all night, but Sexy dudes pulled ahead and came out the winners of the evening

C U next Tuesday came up not far behind them followed by 45 ACP.

Thanks again to all of our teams from coming out. I had a blast and I hope you guys did too. Until next time.

What a great night of trivia! We had 6 kick butt teams tonight, and they all brought their A game! It was close and back and forth all night, which kept the competition lively!

We rolled some dice for our drinking round, and almost had a tie breaker.

Everyone had a blast, and our top 3 teams walked out with some awesome prizes.

Thanks to all our players. See Ya'll next week!

Great game of trivia tonight at Hurricanes in downtown HB! We started our night with six teams, we had five teams by around five, and we ended our night with just three teams. Everyone did a great job and had a lot of fun!

We had our drinking round where we played some rock paper scissors. Team SOL was our winner of that game and got some free drinks.

It was back-and-forth for a while between our teams but at the end of the night Deshaun Watson's took the win for this evening's trivia game.

Thanks to everyone for an awesome night of trivia. We are off next week for the Fourth of July but I will see you the following week!!