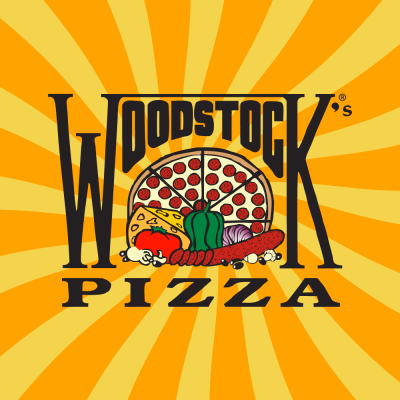 Woodstocks Santa Cruz has the best trivia crowd of anywhere. I dare you to disagree! We had 18 teams join us with 94 total players... Bring a few friends next week so we can break 100! In Round 1, we giggled at Elmo's fight with a rock and #Elmowasright. In Round 2, we all Thoth picture #2 was someone else, but the God of Learning had the last laugh. Congrats to Mommy Milkers for being the only team to get that one right! Also, comic book characters started to overtake the team roster as we started with The Green Goblins, then Peter Parker joined in Round 2, and then Ayla Team revealed that was their secret identity and they now wanted to go by their true name, Doc Oc. Round 3 left us all craving some Sopranos with a side of Tobasco Sauce, and the 3 Spidey-based teams were all very close in score. In Round 4, a whopping *11* teams recognized our Friendly Neighborhood Spiderman at the 10 point level! Thankfully, Team Peter Parker was one of them, or that would have been embarrassing, though they were still 1 point behind both nemesises... (Nemesisi?). In Round 5, 3 teams found the connection - shout out to Will Teach 4 Pizza, the Green Goblins, and Bricked Up on a Thursday! There was also a cheer as Peter Parker passed his opponents on the leaderboard. Go Spidey Go! In Round 6, a historic moment occurred: as I read the answers "rugby" and "football", the crowd was silent, but then erupted into applause for CHESS! The Queen's Gambit truly made a mark. And then... it all came down to feelings. Some teams knew all the stages of grief, and others experienced them as they dropped off the podium. Bricked Up on a Thursday managed to hold their 1st place position by *1 point*, despite getting 0 in a Double-or-Nothing that round. Will Teach 4 Pizza experienced many feelings as they took 2nd, but found out just how close they came to 1st. And thus, a rivalry was born. Mommy Milkers sprung into 3rd place on their first night back after the holidays. Peter Parker won Best Team Name because that was just too perfect with the Round 4 question and the Spidey villain teams. And we also had a prize for Most Enthusiastic this week, which went to Stoke Juice! Shout out to other contenders: Mommy Milkers, Bricked Up on a Thursday, and MeatBallerz. You all make Thursday nights great and I look forward to seeing all of you next week!

It started off small, but teams came just before trivia started and filled half the restaurant! We had 15 teams total with 44 players, including a few teams that "weren't going to play" then couldn't help but join in the first couple rounds. It's just too fun! In Round 1, some teams learned they probably should have skipped those white pants in October. In Round 2, teams that couldn't work out the pictograms made us laugh with answers like flatulence (Bad Influence), You don't look a day over 22 (aww, thanks guys! But the answer was Tuesday!), and Send Nudes (Good Intentions...?). In Round 3, it became very obvious that most of the room had never even heard of, let alone seen, Dawson's Creek - some of the answers weren't even actresses! In Round 4, we learned a lot about Rosa, and a shout out to teams Sko Slugs and Bricked Up On A Thursday for recognizing her at the first clue! In Round 5, most teams knew 8-9 of the answers but couldn't quite see the connection, even though it was literally right in front of them. Quite a groan went through the crowd with that reveal. Shout out to the 3 teams that found it: The Hot Dog Boys, Pickle, and Fully Torqued. Round 6 was a sweet trip down memory lane, and then it all came down to real estate. Round 7 was a tough round for most teams (only our 1st place team scored more than 5!), but it showed us what we all thought of Nebraska and the Dakotas. We had a couple special guests this evening: Quizmaster Bailey came and said hi, and we all have her a big cheer for filling in while I was out. And Megan from Sierra Nevada Brewery came with some swag - including some special swag she gave us for prizes! Due to this, we were able to give out prizes to 1st place team Bricked Up on a Thursday, 2nd place team All J's, 3rd place team Fully Torqued, 4th place team Pickle, and the two teams tied for 5th: To Go For Kevin and Will Teach 4 Pizza. To Go For Kevin also won best team name, and we had a new special prize tonight for Most Enthusiastic: The Hot Dog Boys! Thank you all for coming out, and I can't wait to see what next week brings!

Quizmaster Christy is back! Many of our regular teams were out of town for the holidays, but new teams decided to join the few regulars that were there, with a total of 13 teams and 61 players, including one playing from home on team "Cryin' Bryan" due to covid restrictions. We started out the game with Fully Torqued in the lead and staying full steam ahead for the night, with team Losers proudly taking last. In Round 2, we learned that some of us need to watch more Toy Story, but meanwhile those teams entertained us with some creative names for Lots-o'-Huggin' Bear, including strawberry, fuzzy, Ted, and the Charmin Bear. In Round 3, we learned how very different Rumspringa is from Missionary Work. For the Round 4 name, we dropped it like it's hot, with 3 teams answering correctly at the 10 point level, and another 4 at 8 points, and the rest learned The Hard Way with a -1. Shout out to the teams that got it for 10 points: V, Crypto Holders, and The Young Subs (who had their own pup to help them). Fully Torqued had been leading the pack, but thanks to the 10 points, Crypto Holders finally caught up and tied them in 1st. They, along with Will Teach 4 Pizza, and Oduels Rule had been jostling for the rest of the podium to this point. In Round 5, a lot of teams thought they found the connection, but then learned there isn't a color called Japan, while 3 teams did find the connection from sea to sea. Round 6 made quite a few teams 'Appy with successful Double-or-Nothings, shaking up the scoreboard, but Fully Torqued managed to eek back to the top. Then, the moment our parents told us would never come, came: We found that playing video games and watching Nascar *could* help us succeed in life! ...or at least in Round 7. Wario cut off a number of teams from glory, and Nascar drivers left some teams in the dust. And a scoreboard shake-up so great the crowd all cheered: After 6 rounds on the throne, Fully Torqued got knocked to 2nd place, with Crypto Holders sneaking into 1st! And Bricked Up On A Thursday stole 3rd from all the teams that had been closing in on it all night. What an upset! Meanwhile, team Losers found they were not, in fact, Losers, as Cryin' Bryan cried a little bit harder in last place. Team Poopoos took home the prize for Best Team Name for making us all giggle all night. Happy New Years everyone! We'll see you in 2022 - every Thursday, 9pm. Come hungry and ready to play!