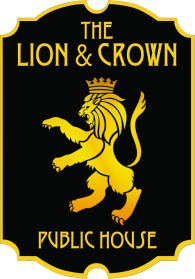 WHAT AN INCREDIBLE NIGHT!

I was guest hosting, so I was trepidatious, but the regulars and the new guests alike were all about it. Thrust You Can Trust got real rowdy and real fun real quick, earned themselves Bestest Team of the Night coming in 8th place out of 8 teams. Yeah baby!

Shenanigans did their shenanigans, came in third.

AND WITH ONLY ONE POINT DIFFERENCE BETWEEN THEM, the Phoebus Cartel came in second to the BRAND NEW never-played-before team Roscoe's Chicken & Waffles. Who, by the way, started out as a 2-person team, and then met up with some old high school friends completely by coincidence. The 4-player Chicken & Waffles took the night at 63 points. Drinks on them!

Huge shoutouts to Thrust you can Trust for sourcing team shirts! I wouldn't have thought they would find one, but they sure showed me. The team shirts must have provided all the good vibes they needed because they beat out the top team in the tie breaker to come for the win! Way to go, team!

Huge Shoutout to the Pheobus Cartel for showing everyone just how handy a smooth double or nothing can pay off! They doubled on round 6 which shot them from 4th place to 1st! Couple that with registering as an official team and getting their bonus two points, it paid off with a big win! Way to go team!