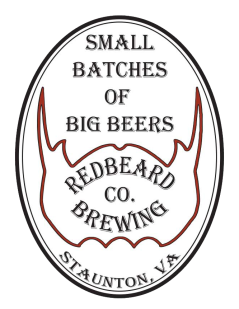 A playlist is worth a thousand words but a Jumbo Jack worth zero. A few teams had a hungry start. Ok, that was terrible, sorry.

Thank you for all for making the evening great. Congratulations to team Hot damn! It's the Loveland Frog Men! on first place. Newcomers, Tinker Toys, took second with The Redbeard Irregulars placing third.

What a wonderful night of trivia! We had a blast with tonight’s set. It was great seeing familiar faces along with a few new ones. We even welcomed a new member into the trivia family.

The night couldn’t have gone better. Every team seemed to enjoy every round. At least they did until the results were announced and a tie had to be solved. It all became a numbers game, teams had to guess the number of words in the book “And Then There Were None”.

First place was held by a different team every other round. In the end the double or nothing helped push teams ahead. The Stout-of-towners scored an amazing 37 points even though they missed the first two rounds. Cheese Doesn’t Melt ended up with 44 points landing them fourth place. The Golden Oldies ended up losing the tie breaker putting them in third. The Redbeard Irregulars had an astounding guess for number of words tie breaker question, not too surprising for a group of librarians, landing them second place. That leaves The Mensa Line in first place with 65 points!

I think this is the first night that all teams got a perfect score on round 7. It was great seeing that happen. Overall it was a great night of trivia thanks to the awesome teams, Redbeards staff, and a super set of questions.

Thank you to all that join us for these weekly events.

Another wonderful night of trivia! Teams were battling it out all night. The winner wasn't clear until the end of the final round.

The Thirsty Turtles had a rough start due to a faulty Double Or Nothing.

The Redbeard Irregulars seemed to hold the lead throughout the early rounds.

In the end The Mensa Line arrived in first place with a short lead.

Thanks to all the players for joining us for a fun event full of questions and answers.