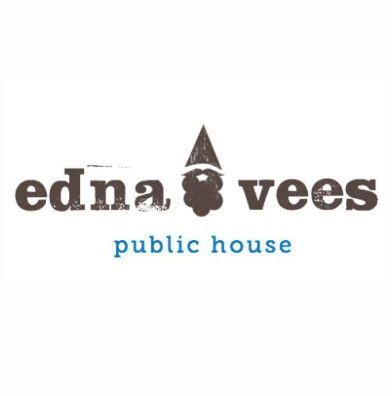 On this last addition of King Trivia at Edna Vees, we had 10 teams representing the best, and not so best, of players that love the game. Round One was a mixed bag but round number two was... well, another mixed bag round. Exciting stuff!

Jumping ahead to Round Four, three teams took the one point hit but two teams did the best anyone could do at eight points. Round Five, the Find the Connection round, had one of the most challenging question 10s that I can remember ever seeing. No one could even get close to guessing that one!

The most interesting observation I had was teams Shamrockies and Mischief Managed mirrored each other's performance perfectly for the first three rounds. However Round Four had Shamrockies pulling ahead and that momentum carried them to the first place win.

Thank you to all our players for joining us for so many games while we were at Edna Vees. Make sure you keep on checking back at KingTrivia.com for new game venues and I hope to see you again real soon!

Seven teams ready to play and have fun at Edna Vees...

Rounds One and Two went down, and then there were six.

Round Four strutted it's stuff, and only one team painted it black with a perfect 10 score.

The Hydration Round allowed one team to show their oral skills, and in turn got oral on drinks for their team!

Round Five came and went, and so did a team. And then there were five.

Round Six had our top three teams only a point apart...

...and by Round Seven, two teams tied for 2nd place. Only the power of the Pharoah could divine a winner, and after a count of the Great Pyramid's stones, congrats go to Mystery Inc.!

So much fun!
So much fruit leather!
See you next week!

We had a great night tonight at Edna Vees, with 11 teams competing for the top spot. I guess with Valentine's Day being tomorrow, they wanted to get all their nasty aggression out today.

Round one started with two teams getting perfect scores, however neither team used a Double so it wasn't too savage. However, that would be the last time. 3 PM successfully Doubled on round two but round three was a pretty low scoring round. That said, Defense successfully Doubled their perfect score which was very impressive, considering how difficult this round was. The game went on but nobody could seem to catch Defense with their round after round of great performance. Defense ended up taking the top spot but Cocoa Puffs were right on their tail.

Thanks to all the teams for playing and have a happy Valentine's Day. See you next week!