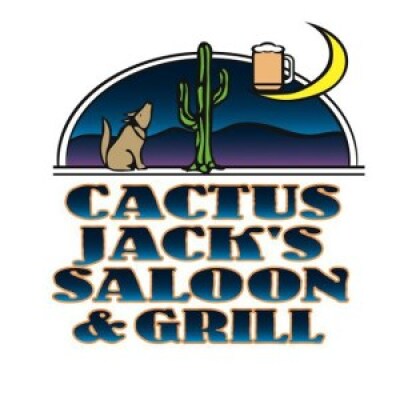 It was a wild night of Trivia at Cactus Jack's.

Friends became enemies. Enemies became Frenemies, when regular-Trivia goers Phil & The Buttercups and one member of All the Dicks joined together to form the aforementioned Frenemies team. A rivalry between the two factions has not been seen since West Side Story, folks...

Fortunately for the newly formed Frenemies team, they were able to cruise to victory with a perfect, double-or-nothing Round 2 - they led all teams for the rest of the way to end with 49 points! An (undermanned) All the Dicks finished with a respectable 36 points to earn second prize, partially aided by a furry friend. Rounding out tonight's King Trivia game were newcomers, Trivia Warp, finishing in third (Host note: my favorite answer of the night came from Trivia Warp, who listed for species of Bears "Teddy" and "Gummy" - bravo).

Thank you all for coming out for some creekside trivia! We will back next Wednesday at 7pm!

We had another awesome night of trivia at Cactus Jack's - the weather was great, the Avs won, and one of the chefs concocted a new condiment he called "Baby sauce" ... does it get any better?

Tonight we had ten teams vying for some sweet, sweet bar cash - only two would be victorious.

From the start, All the Dicks jumped to an early lead, doubling down in round 1. After that, all other teams were playing catch up, to no avail. All the Dicks won this week's King Trivia with a score of 51 points! In second place with 39 points, we had Phil and the Buttercups, who nearly missed stealing first place when they double or nothing'ed round 7 and missed by ONE answer! Better luck next time Phil!

Special shout out to In Name Only, who figured out the Round 5 connection early in the round, very impressive! Also a shout out to We Let Our Dog Answer - somebody make an Air Bud for trivia because this dog was impressive!

Thank you all for coming to King Trivia - we will be back next Wednesday, creekside at Cactus Jack's at 7pm!