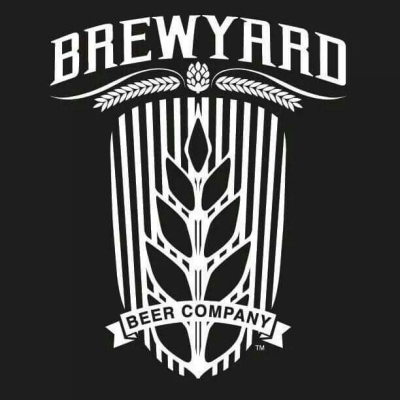 When you look at all the smiling faces in the photos from this week's trivia quiz at Brewyard Beer Company in Burbank, you might not imagine the undercurrent of aggressive competitiveness at work just below the surface!

You would never guess that Amy (photo #1, on the left) and Shay (photo #2, also on the left) would end the evening standing atop their tables yelling trash talk at each other.

"You got lucky!" came the expected retort from Shay. "And you should put your head in a brown paper bag!"

Now, to be honest, this is not the kind of behavior this intrepid quizmaster is used to seeing from our usually well-mannered quizinators. And you might be asking yourself: did that really happen, or is ol' Tim just pulling our leg?

And you'd be right to ask. Join us next week at the Brewyard, and find out for yourself! (Just tread lightly around Amy and Shay! I always do!!)

Well, we had a bit of a kerfuffle this week at The Brewyard Beer Company in Burbank, involving the excellent, wonderful, talented, gracious and entirely lovely ladies running operations behind the bar, Liz and Vicki.

Yes, the do a great job, to be sure. And we're always delighted when they opt to participate in the quiz. But still, an incorrect (or incomplete) answer is still incorrect. And it is the Quizmaster's job to maintain certain standards of fairness and accuracy.

So when "The Bartenders" team responded to a question asking what Han Solo won from Lando Calrissian in a card game in Star Wars with "the Falcon," and every other team correctly answered "the MILLENIUM Falcon," we had no choice but to ding 'em a point.

Did they take this decision with grace and good humor? No, they did not. Well, good humor, sure. But grace? Uhm...no. There was name calling. There was bird flipping. A suggestion was made as to where your faithful QM could put his microphone. It was hurtful. (But not as hurtful as if I had taken the microphone advice!)

Worst of all, bar goddess Liz abused her position by offering free beers to trivia players who agreed to come up and dis this humble QM, questioning both his judgment and his parentage. You'd be surprised just how many quizzinators were more than willing to do this.

Ultimately, we had no choice but to award the Bartenders 10 bonus points*. Lesson learned: never engage in battle with the Bartenders. Especially at The Brewyard. See ya next week.

*note: the 10-point bump resulted in The Bartenders still finishing in last place! Take THAT, Liz!

We had a bit of a battle this week at Brewyard Beer Company in Burbank. after easily cruising to wins for two weeks in a row, Here for the Beer faced stiffer competition from The Oxford Kamala, who demonstrated a iron-willed determination to claim victory.

The Here/Beer crew must have sensed it. When Oxford's one point lead was announced after round three, one of the Beer crew shouted out, "that's insurmountable!" One point? Insurmountable!? Show a little confidence, Beer crew.

You can show us your stuff and achieve trivia quiz glory when we meet again next Wednesday at the Brewyard. Come on out and show Kamala what you've got!