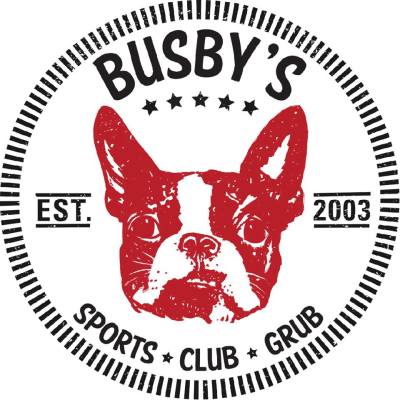 Welcome back to Busby's West weekly King Trivia recap! On The Podium worked hard for the big prize the past couple weeks, and their hard work paid off! With a total score of 57 points, On The Podium won first place and received a $30 GC. What's Updog? The second place winners, that's what's Updog! Their total score of 44 points earned them the $20 GC prize. Since Teambing cWosby was made up of Busby's staff, third place was forwarded with love to Girthquake who finished with 25 points, and were awarded the $10 GC. A Grogu/Baby Yoda coffee mug was bestowed to team Peanut Sauce who guessed the closest answer on the Something to Put a Drink In Round.

Congratulations and a big thank you to everyone for playing. Same time, same channel next Monday. Stay healthy! TTFN!

It was so wonderful to see such a great turn out for a game of King Trivia at Busby's West this Monday! Ten fabulous teams joined us for the fun and it was as competative as ever. At the top of the leaderboard and playing for the first time, team Frenchies won first place with a final score of 78 points. Just one point shy, last week's champs, Orlando's Bloomers came in second place with 77 points. No Pants Party made their 2022 debut with 60 points and taking the third place prize. Gram Goblins won the Something to Put a Drink In Round by listing the most state capitols in a minute, and got to take home a Harry Potter heat changing mug.

Congrats to all players for your effort and smarts! Join us next Monday at Busby's West for more King Trivia. TTFN!