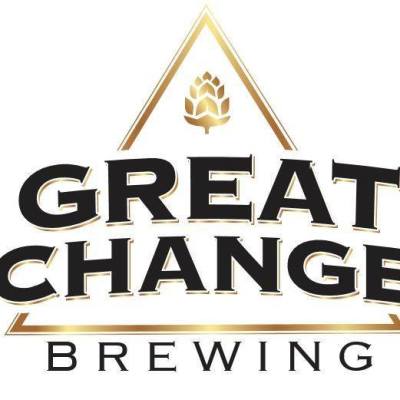 What started out nice and cozy ended up as an all out battle. At the end of the night, we more than doubled in size! I let one team grow to 13 people by the time we finished. But, when it all came to a close, we had one team emerge victorious, have their prize snatched back because of a scoring error, and returned after a tiebreaker. Dungeons & Flagons once again rose to the top of the heap (bigger than the stack) to claim first place with 41 points and a tiebreaker win. "Liquor? I Hardly Know Her!" lost the tiebreaker but won the scoring challenge to get an extra point at the end of the night to take second place. How do you evenly divide $15 13 ways? Also, who was doing the math on my score sheet? Our home team and hosts, Team Stark brought home third place, giving their $10 gift card to The Transplants, who returned after a long hiatus.

Oh, yeah! It seems like y'all had fun with the Survey Slam round. Don't forget to head over and supply your own answers to the surveys Don't worry. We won't ask you personal questions like "How many pigeons do you own, and what do you use them for?" Thank you to our early attendees, especially those who took part in the costume contest. Brett got $25 in beer bucks for his Silent Bob! Subsidize your drinking. Come to trivia.

Come out next week. You never know who's going to show up. Stay safe, people.

On a slower night, competition got to be fierce. No one was wielding weapons or anything, but the battle for the top spot was definitely on. Four unsuccessful double attempts were joined by two that worked to change the game, and we even got to take it down to a tiebreaker to determine third place.

At the end of the night, Dungeons & Flagons came out on top with 58 points and a $25 gift card. Dorks & Dolls took second and a $15 gift card with 53. Third place was split at 42 between Zombie Tsunami and Tequila Mockingbird; it figures that the guy in the Sharks hat (Go, Kings!) would win the tiebreaker when it came to shark trivia. Zombie Tsunami edged out TM by being the closer answer by a single foot to take third and a $10 gift card.

Remember to bring out friend, enemies, coworkers, and family.

ALSO!!! Next week is Halloween! Come in costume and get happy hour prices all night!

As night began to fall, the swirling winds carried dust through the air, ominous and foreboding, warning everyone of the upcoming struggle. With a long, slow rumble in his voice, the Quizmaster seized control of the attendees, extricating their knowledge through a series of questions and prompts. "Goooooood evening, everyone, and welcome to Great Change Brewing, home of King Trivia on Thursday nights!" Players Swooned with delight at the sound of his voice. The Quizmaster knew how to use his instrument to its fullest extent, charming all who were within its reach.

One after another, questions were asked to an attentive crowd. "Who is your daddy, and what does he do?" The tension in the air was palpable. Players struggled to loose the responses from the dark recesses of their brains as the beer fought to keep that knowledge locked away. "42!" "The Spanish Inquisition!" Answers began to flow onto sheets through the supplied pens. One team valiantly thwarted the efforts of the rest, building an early lead with a successful double in the first round, never ceding control to anyone else; Dungeons & Flagons rolled their dice and earned their fantasy outcome: a $25 gift card and the coveted favor of hearing their name announced last for being in the top spot at 45.

Those who are normally known as So Happy It's Thursday threatened D&F with 42 as they seemed to be suffering through identity and temporal crises. So Glad/Positive/Delighted/Jazzed/Hoppy It's Thursday, So Joyful It's Tuesday, and So F'ing Ecstatic It's My Birthday. SHIT was only SHIT once, SPIT another time, and then their acronym seemed to get lost in a flurry of confusion and celebration as they ended their night in second place to take home a $15 gift card.

Threat Level Midnight appeared to stumble, but pulled themselves from the fog to earn the third spot and a $10 gift card with 35 points.

With many returning faces, new people got sucked into the game. Wrecked 'em had to leave early, playing until the break. Those Girls Over There (TGOT) pulled double duty, answering questions while doing chemistry at the bar. KAM came late in the sixth round, opting to play and dominate the final round with 9 correct answers.

Drink in hand, the Quizmaster released the remaining players, bidding them all a good night, safe travels, and a happy return for the next time.

Find out what happens next time by showing up with anyone you feel can help you to victory. And, a special THANK YOU to Emma and The Poke Express. The takoyaki was amazing and truly hit the spot.