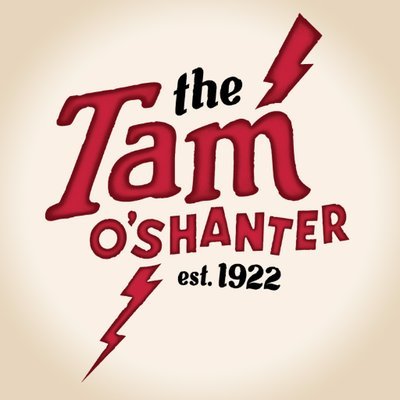 Once more, as in years before, your humble Quizmaster created a fake Coachella poster for the night's Drinking Round. Composed of 50% musical acts that actually appeared at this year's Coachella, and 50% fictitious acts, this challenge proves to be a popular springtime stumper year after year. And for the third year in a row, The Mules blew away the competition and claimed their deserved drinks. Meanwhile, a birthday visit from Tapioca Pudding proved to be an auspicious occasion indeed as they managed to take first place overall thanks to the combined knowledge held in their two noggins.

This night's quiz proved to be a challenging one! Challenging for most teams, rather, as the Flux Capacitors triumphed confidently in the European Union-based drinking round, while the General Washingtons won the game with a commanding lead.

Hey Tam O'Shatner! I know I'm not your real dad (he's sick in bed, poor soul) but try to think of me as a cool dad! Your Uncle Joey! Haha...please love me.

I tease, the teams wee awesome tonight! It was a pretty close battle between the top 4. The drinking round put their creativity to the test, as teams had to predict the most outlandish thing to happen in the upcoming final season of Game of Thrones! The Lean Hufflepuffs predicted that winter would arrive...but that it would be unreasonably warmer than expected (#climatechange) winning the round.

As for the greater game, the teams had a pair of four way ties going into round 5, swiftly broken up by deft skill. The Flux Capacitors secured the gold, with Argentum not far behind them appropriately in silver. The General Washingtons made a last minute push to get ten points and the bronze in the final (thank you check-ins) while Leans Hufflepuff...kind of flubbed the final double. Oops.

Regardless, a great night all around. I'll tell Mike you were good kids, give him some love next week!