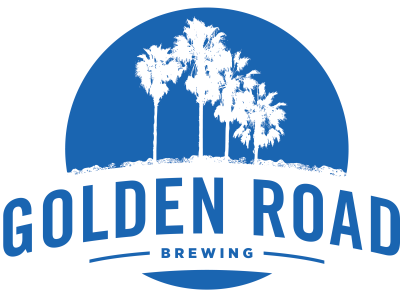 The Pub at Golden Road is a full-service, family-friendly environment located just a stone’s throw from Griffith Park in Atwater Village. Open 7 days a week, The Pub offers ample indoor and outdoor seating, over a dozen Golden Road beers on tap, and games for the young (and young at heart).

Perfect Strangers had a good night this week at Golden Road Brewery in Glendale, racking up a strong 68 points to win the quiz - and a $50 gift certificate!

The night held many surprises, including the large contingent of new teams who turned out to test themselves against the quiz for the very first time.

An especially nice moment occurred when your quizmaster announced the winner of the drinking round - (Long Pause) - and one of its members squealed with delight and shouted, "WE NEVER WIN ANYTHING!"

Well, that is no longer true, and we'll do it again next week when we gather once again on the side yard patio for another session of King Trivia! See ya then.

Q: What do you call a person with no body and no nose?
A: Nobody Nose

Excitement! YES! That's what we had this week at Golden Road Brewery, as everybody nose!

After missing out on a couple of opportunities to double earlier in the quiz, Mike Pence None The Richer executed a brilliant final round double-or-nothing gambit, which put 'em in a tie with The Law Firm of Butts, Butts and Butts.

The tie-breaker put Mike in first place, which will come as a big relief to Pence member David, who was going to get saddled with the blame if the Pencers fell short, according to team president and CEO Amy, who has a long history of throwing David under busses.

Perfect Strangers were nearly immaculate in securing third place, with Kevin's Chili giving them a run for their money but coming up just a few points short.

We'll be back next week for more trivia excitement. Join us, wont' you?

Hey! If you can't laugh in the face of adversity... well, let's just say it can be very good (emotionally speaking) to laugh in adversity's face once in awhile.

With that in mind, we salute the clever minds behind team name Corona Virus W/Lime, who told adversity where it could stick it! And adversity blinked! At least it did last night on the side yard patio at Golden Road Brewery in Glendale.

It was a big, BIG night, at GRB, with twenty teams vying for quizzing glory. Of course, there can be only one. And last night, that one was Chicken Poodle Soup, who reigned victorious with a stunning 82-point performance.

Yes, at the top of the heap, there can be only one. But it turns out that, in vying for #2, there can be three! A three-way tie for second triggered the nail biter tiebreaker, which Mike Pence None the Richer won by the thinnest of margins. Congrats also to You're a Quizard, Harry and Those People for your fine efforts last night.

See y'all next week.